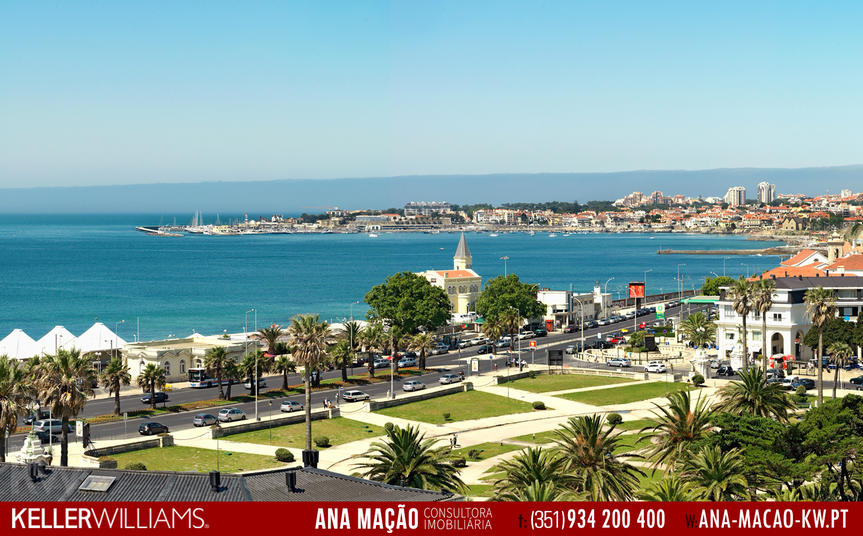 Estoril is a locality belonging to the Union of Parishes of Cascais and Estoril, with 26,397 inhabitants (2011), located 20 km from Lisbon and has a remarkable history linked to the Portuguese and European monarchy that dates back to the 13th century.

Its privileged location in front of the sea, its beaches, the natural beauty and the temperate climate have always attracted inhabitants that date back to the Paleolithic period (there are even records of dinosaur footprints that lived here). Phoenicians, Romans, Arabs and the nobility of different origins helped to highlight Estoril in the context of European history.

Thanks to successive occupations, Estoril has inherited great cultural and architectural wealth, as well as habits and customs that characterize the current experience of this beautiful location.

Its charms are known internationally: the largest Casino in Europe , with all the entertainment, games and shows and the beautiful garden with palm trees that extends to Praia do Tamariz , the International Congress Center , its famous Hotels and Restaurants, the quiet and welcoming beaches with temperate waters, superb villas and palaces, surrounded by gardens and pine forests, etc. There are many attractions that over the years have made Estoril an internationally renowned tourist center!

Estoril, like its locations in Monte Estoril, São João and São Pedro , are one of the regions in Portugal where real estate has increased the most in recent years , thanks to its luxury condominiums, quality tourism and the beauty of its palaces and houses, whose architectural design reflects the multicultural influences of its past.

The Casino do Estoril (1916) and its gardens, which stretch out to the beach of Tamariz, are a brand image that attracts inhabitants, English, Spanish and national tourists. During and after World War II, Estoril received a large number of refugees and exiles, including: Juan de Borbón, Count of Barcelona, Kings Humberto II of Italy, Charles II of Romania and Simeon II of Bulgaria, Regent Miklós Horthy of Hungary and numerous figures from the sporting and cultural scene.

During the time of the Estado Novo, the Fort of Santo António da Barra , in São João do Estoril, was constituted as the vacation residence of António de Oliveira Salazar, then President of the Council of Ministers. Perhaps for this reason, the construction of Avenida Marginal dates from that time, which today constitutes one of the main roads connecting Lisbon and Cascais, through one of the most beautiful coastal routes in Europe.

In its proximity, Estoril has some attractions and points of interest, such as the Sintra-Cascais Natural Park, two airports, 4 and 5 star hotels, the largest casino in Europe, a race track and several prestigious golf courses, Tennis and Padel schools, not to mention the golden sand beaches and calm waters.

Estoril has a good transport network and road access:

Real Estate for Sale at Estoril

In Alapraia, a nice neighborhood located in Estoril, you will find this nice 3 bedroom apartment, well maintained and with good areas. Living in Estoril, close to the sea and beaches, does not have to be an unattainable luxury. Do not miss this opportunity!

In a gated condominium, with swimming pool , surrounded by green areas and near the beach of São Pedro do Estoril you will find this nice 2 bedroom Apartment With excellent areas and refurbished with good taste this is an excellent opportunity not to be missed!

Apartment 2 Bedrooms in a gated condominium

Living in Cascais is a dream within your reach, with this unique opportunity to enjoy the best that this charming village has to offer. In a prestigious residential area of Estoril, Alto da Castelhana, you will find this fantastic Penthouse Duplex T4, with excellent areas, box for 2/3 vehicles, and large balconies to enjoy the open view to the sea.