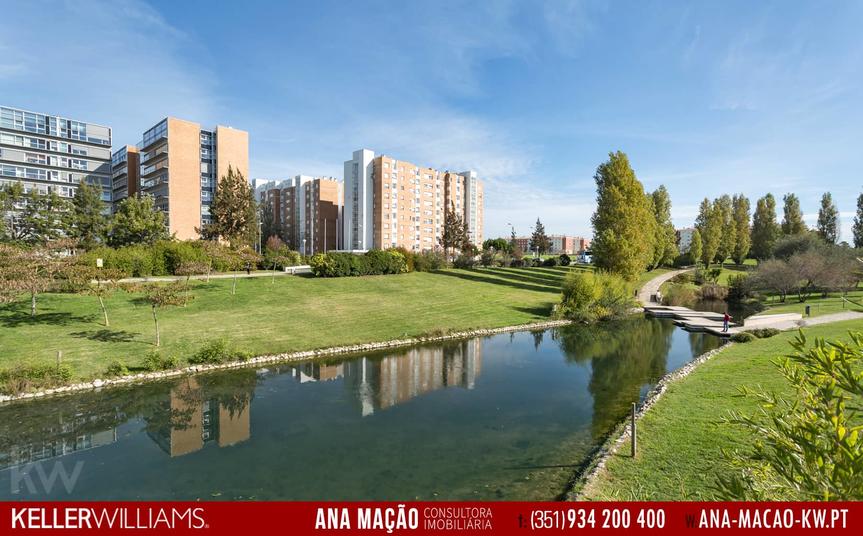 Lumiar is a historic neighborhood in the north of Lisbon, whose creation dates back to the 13th century (1266), whose farm and country house in Lumiar was donated by D. Dinis to D. Afonso Sanches in 1312. Having come to be known by Paços do Infante D. Afonso Sanches. Later King Afonso IV, started to designate this residence as Paço do Lumiar, a name that still stands today.

For centuries it was a place frequented by the nobility that has developed thanks to several farms, where the cultivation of vineyards and olive groves has assumed a predominant role. On July 18, 1885, he was integrated in the city of Lisbon.

Today it is a modern parish with 41,163 inhabitants (2011 census), composed of several housing developments and condominiums, including Alta de Lisboa, Quinta do Lambert, Parque Europa, Quinta das Conchas, etc. Much of this housing growth has been accelerated since the completion of the North-South highway in 2007.

The Lumiar parish keeps its name, but its limits are significantly changed. It adds Carnide territory and gives land to Olivais. It occupies 8% of the City. The variation in the evolution of buildings, accommodation, families and individuals is based on the old limits, so it serves only as a reference to illustrate the evolutionary trend. Lumiar does not have a larger number of buildings (-2%), but has undergone changes in the building that have generated significant increases in accommodation (22%), families (23%) and of less significance, in individuals (9%). Lumiar is a recently built parish (42% built after 1991 and 38% between 1970 and 1990), mostly owned by the occupier (72%). The buildings are tall (58% with 5 or more floors), although with some weight of the low (25% with 1 to 2 floors) and have several accommodations per building (69% with 3 or more accommodations). The accommodations have predominantly 5 or more rooms (56%) and 3 to 4 (43%). They have areas of 101 to 200 m2 (50%) and 50 to 100 m2 (39%).The population of Lumiar is much younger and educated than that of the City (42% versus 37%, concludes higher education). The Aging Index reveals that there are 96 elderly people for every 100 children (0 to 14 years old), while in the city, there are 183 for every 100. Thus, 74% of families do not have elderly people. In the total population of the parish, the extremes of the age pyramid (the 14 and over 65 years old), have practically the same number of individuals.

Our Lady of Peace Farm

Orlando Ribeiro Library (except the Auditorium)

Real Estate for Sale at Lumiar

Excellent 2 bedroom apartment in Parque Europa, in a condominium with swimming pool, in one of the best and most modern residential areas of Lisbon. Parque Europa is located in the prime area of Lumiar, between Quinta das Conchas and Quinta do Lambert.

House
For Sale
Next to Oeiras Golf & Residence, 4 bedroom villa with garage for 3 cars