What does Portugal have?

Invoking the Portuguese Carmen Miranda: " What is the bahiana has? ... It's funny how nobody! ". A true luxury team, made up of Hollywood celebrities and notables of various nationalities, use the media, social networks and the word-of-mouth to praise Portugal, generating a wave of curiosity that brings more and more people to visit and choose Lisbon , Porto and other cities as the first or second address to live. 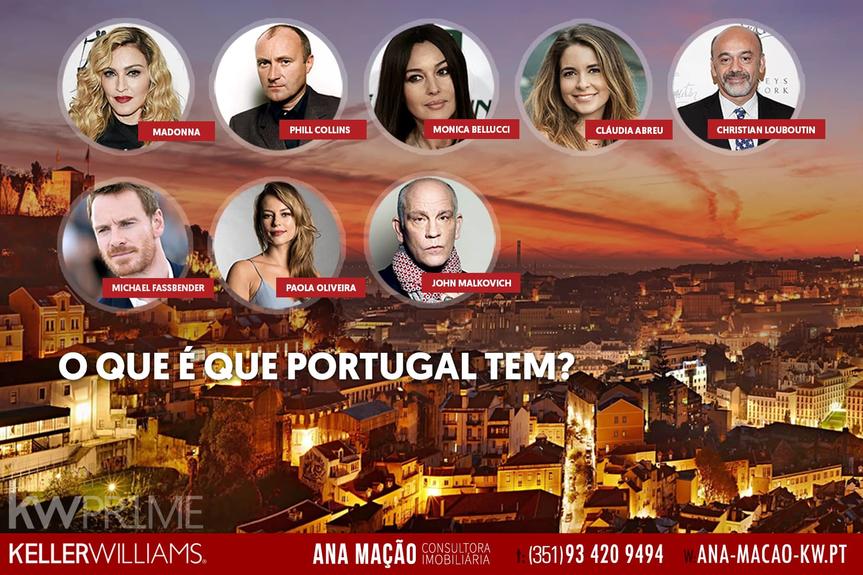 It seems like little, but Portugal could hardly aspire to a better marketing strategy for its promotion. As Santa Casa says: it's easy, cheap, and gives millions!

But the list of "luxury immigrants" does not stop growing and new promises are announced:

Confirmed or not, the effect of these alleged "news" that invades the world press has the same impact of intentions already confirmed, generating "buzz marketing" and keeping Portugal in the top of the best places to live. Lisbon has even been dubbed "the new house of the celebrities."

IN THE SERVICE OF PORTUGAL

If Turismo de Portugal wanted to admit to its cadres, professionals to work in the promotion of the country, it would be difficult to recruit people so selfless and committed to such purpose. They give interviews in their countries of origin, write articles, film and disseminate through their own marketing channels, participate in social events, etc., etc. and always praising Portugal and the Portuguese.

Social networks are your favorite work space and your target audience are your fans and followers, spread all over the world. They promote Lisbon, Porto, Nazaré, Comporta, Algarve, etc. showing images that love the world, as Madona did recently, when filmed while riding on the deserted beaches of Comporta. Audience of the Madonna? More than 30 million followers, just between Facebook and Instagram.

WHY PORTUGAL? AND WHAT DO YOU LOOK FOR?

The list of reasons that attract visitors to Portugal is shared with the many millions of tourists who do not stop coming to our country, especially Lisbon, Porto and Algarve:

This wave is not expected to lose momentum, as the word-of-mouth and the friendships that characterize these social media reinforce it and contribute to the news that is happening, day after day.

Still this weekend a renowned American actor and producer, on a 48-hour lightning visit to our country, fell in love with a property promoted by me in the famous neighborhood of Campolide and had not already been reserved and he had it -It was bought on time. Reasons for this passion? Once again the fame of Lisbon, the charm of our historic quarters and the "tips" that the friends had given.

But there are other reasons that also constitute a strong appeal: Portugal has, despite recent confusions and less auspicious news, Visa Gold and Residence Permit for Investment (ARI) programs with several tax advantages, which offer an additional reason to attract famous more "moneyed".

On the other hand, real estate prices in Portugal are lower than those practiced in other European countries and constitute a decisive advantage when deciding. However, this asset has already been higher, as we have recently witnessed significant inflation rates in real estate prices, especially in Lisbon, Porto and Algarve.