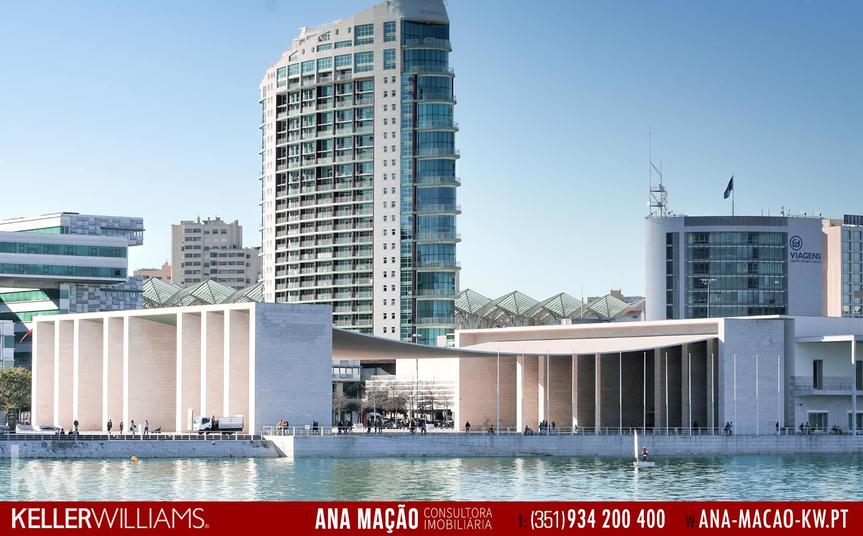 Parque das Nações, in Lisbon, is the youngest parish in the country. Created in 2012, with parts of the territories of Santa Maria dos Olivais, Sacavém and Moscavide, it occupies a 5 km strip parallel to the Tagus River, with more than 21,000 inhabitants , of which, of the 5.44 km² of territory, one third are spaces green areas and unique infrastructures.

Once, an area characterized by urban disorder and where punctuated warehouses, industrial buildings and polluting activities punctuated, the holding of Expo 98 Fair brought a new life to the area , thanks to an integrated urban requalification project.

Today Parque das Nações is one of the most cosmopolitan areas of Lisbon , sought after by middle class families and foreigners, who choose to live here to live with quality. There are several reasons that arouse interest in this area of Lisbon: contemporary architecture , playful and social spaces , the offer of trade and services , living with the River Tagus thanks to its proximity and the infrastructure created there, the good road access and public transport , the diversified offer of restaurants and multiple leisure and cultural spaces .

There are many points of interest at Parque das Nações, among which it is important to highlight:

In addition to the residential and recreational component, Parque das Nações also constitutes a space of attraction for various companies and institutions.

Parque das Nações is currently considered one of the safest neighborhoods in the city of Lisbon.

In Lisbon, in Parque das Nações , is located the Parque Rio development characterized by modern architectural lines, in front of the Tagus River and the Vasco da Gama Bridge . It is there, on the 10th floor (top floor) facing the river, that you will find this 2 bedroom apartment for sale, completely renovated, renovated and re-equipped !

Excellent 2 bedroom duplex apartment in Torre São Rafael , with fantastic views over the river Tagus, is located on the 21st and 22nd floors. Parque das Nações is a parish of Lisbon with a privileged location, with a third of its area containing green spaces and unique infrastructures.