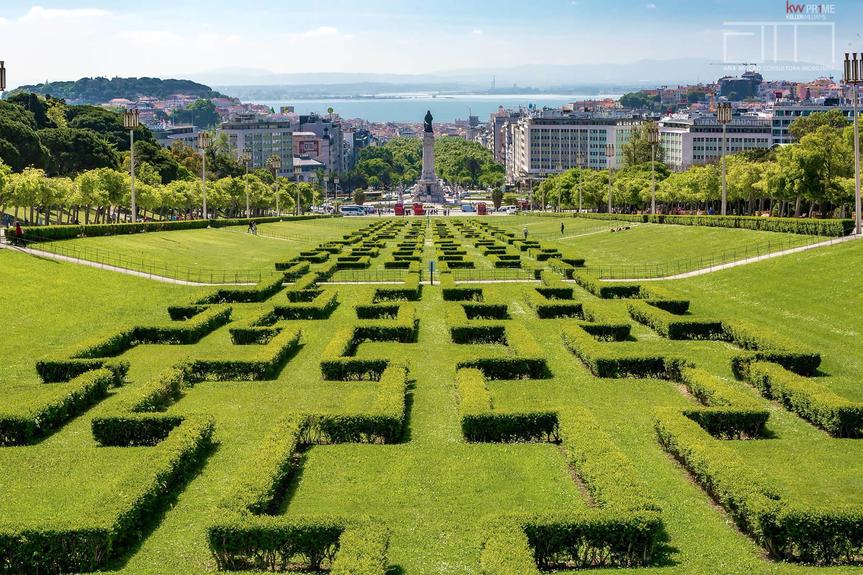 Lisbon is the capital of Portugal with more than 500,000 inhabitants, although this number is larger (2,821,000) when encompassing all the surrounding Metropolitan Area.

Lisbon is a city with a fascinating past and full of historical events, and its administrative status was born with the Roman emperor: Julius Caesar, who then called it "Olisipo", which later evolved into the current name.

Its geographical configuration bathed by the Atlantic Ocean, and the river that crosses it, the Tagus, attracted inhabitants of various races and creeds, being the city with the port more to the west of Europe, soon played a strategic importance for the commerce, but also as a military stronghold.

Initially occupied by African nomadic peoples, it was urbanized by the Romans, occupied by Visigoths, Suevians, Arabs until it was conquered by the Crusaders - commanded by D. Afonso Henriques the first King of Portugal - in 1147. Today it is a modern European city, the richest of the country, playing a leading role in the political, economic, cultural and tourist areas, with more than 20 million visitors per year.

Its unique light that fascinates artists from all over the world, the 7 hills that overlook the Tagus River, the mixed architecture of Roman, Arab, Gothic, Medieval and Pombaline inspiration and the friendly and welcoming people continue to attract visitors who promise to come back, many of whom are returning to live in restored houses or modern apartments that never cease to emerge.

Real Estate for Sale at Lumiar

Excellent 2 bedroom apartment in Parque Europa, in a condominium with swimming pool, in one of the best and most modern residential areas of Lisbon. Parque Europa is located in the prime area of Lumiar, between Quinta das Conchas and Quinta do Lambert.

At Av. Miguel Bombarda , in Avenidas Novas and next to Avenida da República, you will find this fantastic and luminous Apartment, of Typology T5, on a 7th floor , with panoramic views, completely renovated. This is a unique opportunity to live in the cosmopolitan center of Lisbon , where the offer of services, culture and leisure is just a few steps away!

Exceptional T2 apartment located in the heart of Chiado, in Largo do Carmo , the most elegant and valued neighborhood in Lisbon, in a building fully recovered by Architect Siza Vieira. The apartment, with 2 parking spaces , has been completely renovated, refitted and decorated.

In Lisbon, in Parque das Nações , is located the Parque Rio development characterized by modern architectural lines, in front of the Tagus River and the Vasco da Gama Bridge . It is there, on the 10th floor (top floor) facing the river, that you will find this 2 bedroom apartment for sale, completely renovated, renovated and re-equipped !

In one of the most emblematic condominiums in Lisbon, Pátio Bagatella , awarded with the Valmor Prize, you'll find this 3 bedroom villa for sale, in triplex, with 184 m2 of building area. Located in the parish of Santo António, in the most expensive neighborhood of Lisbon, it is the favorite place to live, chosen by intellectuals, mainly politicians, journalists and actors.

With an excellent area ( 201m2 ) and 9 divisions , this office - ready to be occupied - is the ideal space for service companies (lawyers, clinics, accounting, etc.). Located in Avenidas Novas , in R. Elias Garcia, could not have a better location for those who want to establish  their business in one of the noblest areas of Lisbon !

In Lisbon, in Avenidas Novas and next to Praça de Espanha, you will find this building in ruins, with approved construction project and license ready to pay . This is an excellent investment considering the estimated value for the entire area adjacent to the Praça de Espanha.

In Bairro Azul, next to Plaza de España and 50 meters from El Corte Inglés, with the Metro just in front and 10 minutes walk from Avenida da Liberdade, you will find this fantastic 2 bedroom apartment.

Excellent 1 bedroom apartment fully renovated and equipped, ready to live, with good areas, ideal for a single or a couple without children. Located in one of the most emblematic towers of Pontinha, it has excellent sun exposure (south) and unobstructed views (6th floor).

Luminoso T1 Refurbished to debut next to Carnide

2 bedroom apartment with 74 m2 located in prime area of Campo de Ourique. With 2 entrances, the property was refurbished, which made it a very comfortable space.