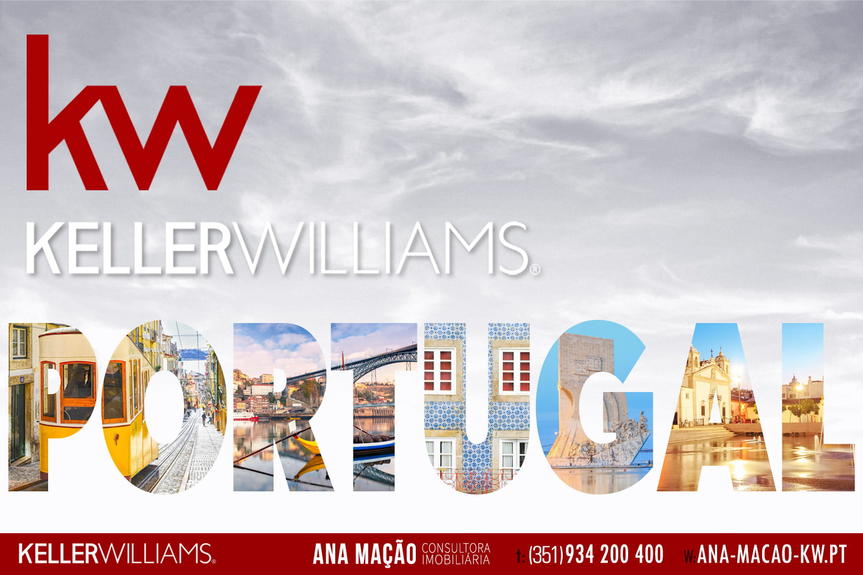 But the growth strategy is also to accelerate the technology train that Keller Williams International started about 3 years ago to respond to the growing threat of "uberization" of real estate.

Thus, in the short term and later this year, KW Portugal will introduce a new technology platform using artificial intelligence. Called Command , it is more than just CRM and has been under development for some time by Keller Williams in the United States, benefiting from KW's investment in new technologies, budgeted to date at over $ 1 billion .

After opening at the beginning of the year in Sintra and Aveiro, we will open in May four new market centers (in Carcavelos / Parede, Cascais, Coimbra and Porto).
In these four new Market Centers there are consultants who, due to their history at KW in Portugal, deserve the opportunity to become shareholders of these four new market centers, they are what at KW we call ' Core Group '.

It is recalled that worldwide, Keller Williams uses its own territorial deployment model by opening large Business Centers also referred to as Market Centers (rather than traditional real estate agencies), which add 100 or more real estate consultants each plus employees dedicated to administrative, training, legal and commercial support.

This model of large business centers makes it possible to reinforce the focus on training, which is one of the hallmarks of Keller Williams, contributing to this real estate franchising brand being one of the most awarded companies, thanks to this focus on training its consultants.

Regarding the growth strategy in Portugal, Nuno Ascensão, Regional Owner of KW Portugal, reaffirms that:

We have the very clear objective of making the 50-10-5 vision materialize:
50 Market Centers, with 10,000 Consultants in Portugal in 5 years.

According to the statement, KW Portugal, which started its activity in Portugal in 2014, achieved a 37% growth last year, which: