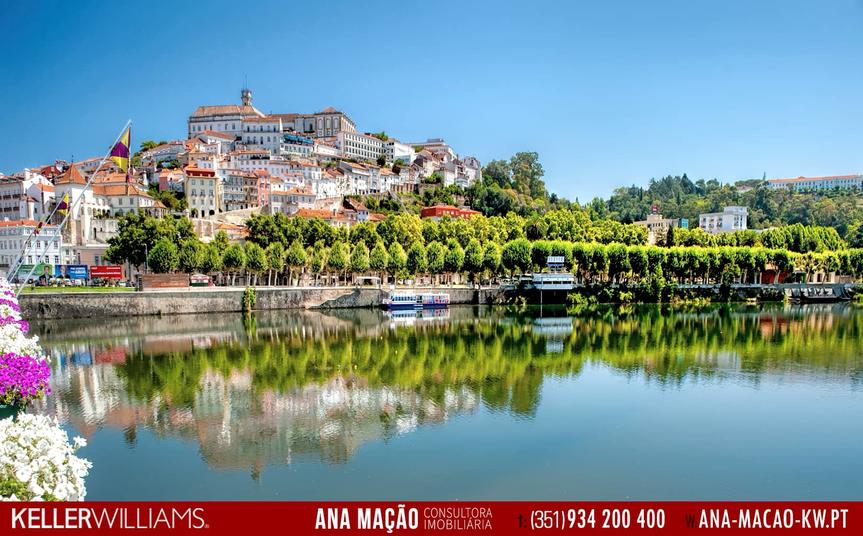 Coimbra is the largest and most developed city in the Central Portugal region, with more than 105 thousand inhabitants. Its patrimonial wealth and the good preservation of its architectural legacy contribute to the beauty that it boasts and that make it one of the most important cities in Portugal.

A World Heritage Site, its historic scrolls date back to the Roman era, making it one of the oldest cities in Europe! It was occupied by Romans, Arabs and French and was constituted as the country's capital until 1255, after Guimarães and before Lisbon assumed this function.

The city spreads out over the two banks of the Mondego River, which crosses it between hills, contributing to its nostalgic beauty, which has enshrined it as the most romantic city in Portugal, thanks to the tragic story of forbidden love, between Infante D Pedro and Inês de Castro. Coimbra inspired poets and celebrated fado with his name.

A university city, it owes its University much of its fame below and beyond its borders. Founded in 1290 by D. Dinis, it soon gained importance in the European context, becoming the center of the city and its growth beyond the walls. The student population, currently with more than 37,000 students from the rest of the country and from all over the world, has always been one of its main cultural and economic development pillars. Hence the second name of Coimbra: the City of Students!

In addition to the University, the Coimbra Hospital was for a long time one of the main points of attraction and the main medical infrastructure in the central region of the country, where the sick people went in search of relief for their ills. Built in the 16th century, it is now known as an important research center in the clinical and medical specialties.