Debts to the Condominium

Whoever buys a house integrated in a closed building or condominium is rarely informed about the debts to the former owner's condominium, if any. The buyer only realizes the problem when the management of the condominium makes a visit to him to claim the old debts, due to overdue dues or other works / maintenance expenses. 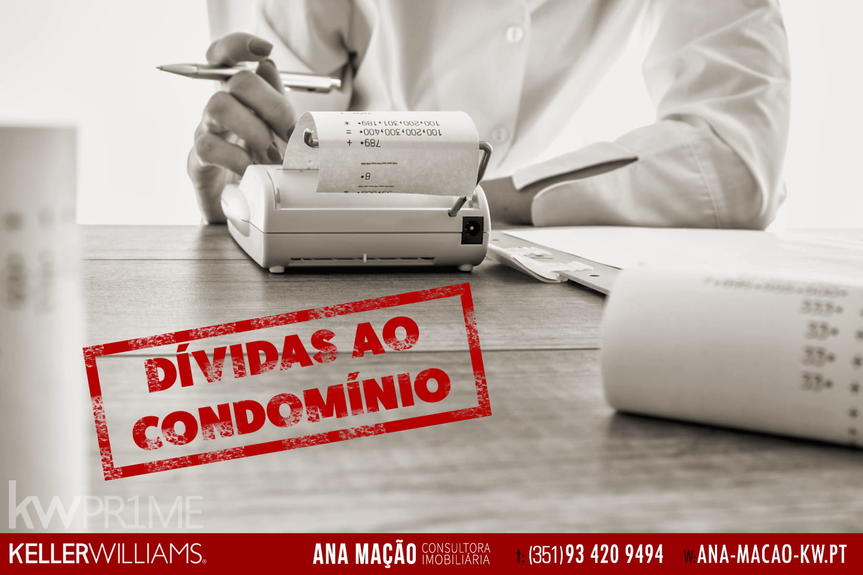 This type of debt has been increasing in recent years according to Deco, to which more and more complaints have come:

One of the main reasons for this situation is the fact that the owners / joint-owners sell their fractions without paying dues in arrears and, in most cases, without informing the new owner of the existence and amount of these debts. As the courts have understood that the debts of the previous owner should not be the responsibility of the buyer, the administrators have difficulty in recovering the missing amount because, in most cases, they have lost track of the debtor or the debtor has not presented means to pay.

Care to take when buying a home

Our legislation does not oblige, contrary to what happens, for example, in Spain, to submit a declaration of no debts to the condominium when buying and selling a house.

As such, it is advisable that the new owner, before formalizing the purchase, has the concern to learn about the past situation, requesting a declaration of non-debt issued by the management of the condominium, which should be included as an attachment in the deed of purchase and sale. The same is true if there are debts.

In the event that there are previous financial commitments to be settled, the buyer must demand the discount of these amounts at the time of the deed or the previous settlement of the same.

The new owner must inform the Condominium Administrator, of the content of the current Regulation, if there are expenses already approved for works that have not yet been carried out, and if there are debts under the responsibility of the fraction to be acquired;
Source: http://verbojuridico.com/doutrina/civil/civil_dividascondominio.html

Who is responsible for past debts?

Although national legislation is not entirely clear in this regard, the new owner is not obliged to settle the amounts due as they relate to a period prior to the date of the deed of purchase of the property and this has been the understanding of the courts.

However, in addition to the debts related to the overdue quotas (cleaning and maintenance of common parts), if there are debts related to improvements, alterations or repairs, these carry over to the new owner, since he will also be one of the beneficiaries. This responsibility is valid even if the said interventions have been approved and assumed by the previous owner in a meeting of Owners.

According to our legislation, the debts to the condominium expire after 5 years and if the management of the condominium has not yet resorted to the judicial system to collect them, they will remain unpaid.

What actions can the condominium take?

The condominium may try to reach an amicable settlement with the debtor or, in case it is unsuccessful, file a lawsuit, appeal to the Court of Justice or as an alternative to the Arbitration Centers.

The administration of the condominium also has the possibility, legislated in 2014, to resort to PEPEX - Pre-Executive Extrajudicial Procedure - and to try to collect the debt (s), up to the limit of € 10,000, using an execution solicitor, the which will have access to the list of assets that can answer for the debt and thus trigger an attachment in the name of the debtor.

What to do about previous debts?

If the new owner chooses to settle the amount due, not least because he intends to maintain a good relationship with the other tenants, it is lawful to ask the true debtor to return the sums in question, demanding their reimbursement, as well as the rescheduling of any resulting losses.

Deco has published a model letter that you can use for this purpose which you must send, registered and with acknowledgment of receipt to the former owner (s):

Subject: Debts to the condominium.

Hon. Sir,
Following the purchase of the apartment that belonged to him, formalized by public deed on March 8th, I came across a very unpleasant situation.

In fact, when talking to the building administrator, Mr. ……………………, from the 3rd left, he informed me that there was a debt related to my fraction, which amounted to € 1000 ( thousand euros), relating to 10 months of quotas. I ended up assuming this charge for the condominium and paying the amount owed, even if it was prior to the purchase of the house.

I find it regrettable that you did not inform me about the debt. Obviously, if I had known about this, at the time of the negotiations, I would have imposed a reduction in the price of the house, by the same amount.

In any case, although I missed the most opportune moment, I do not give up the refund of the amount that I had to settle, whose responsibility does not belong to me. So, I attach a copy of the payment receipts and thank you for sending me the respective amount in the next 15 days. Otherwise, I inform you that I will use all means at my disposal, including judicial, to obtain it ....

You can download the complete document here: DOCX - Liability for debts of previous owners