Portugal one of the safest countries in the world

Portugal was elected the 3rd safest country in the world, for the second consecutive year, according to the Global Peace Index ranking! When trying to understand why Portugal continues to attract foreigners to buy houses, contributing to boost the Portuguese real estate market, security is one of the main reasons. 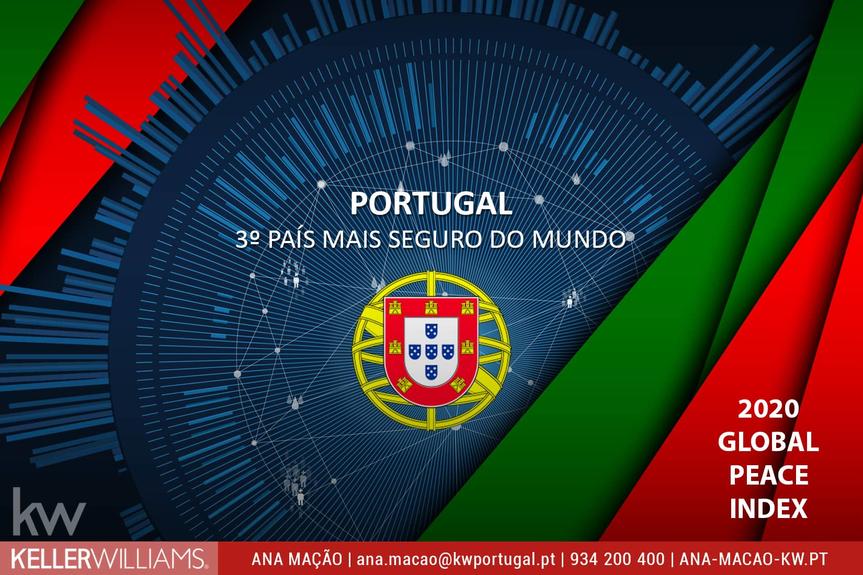 The Global Peace Index is a ranking prepared by the Institute for Economics & Peace (IEP) that covers 99.7% of the world population and aims to measure and compare the level of security in each country, using 23 qualitative and quantitative indicators from highly qualified sources. respected.

In this year's ranking , Portugal occupies the 3rd position, with the same number of points as in 2019 (1,247) , being only surpassed by Iceland and New Zealand.

Overall, there were small differences from 2019 to 2020, notably the improvements in security in Azerbaijan, Armenia, Bahrain, South Africa and Honduras and declines in Benin, Nicaragua, Venezuela, Nigeria and Chile.

Among the least secure countries are Russia, Venezuela, Ukraine, and Afghanistan.

The indicator with the greatest deterioration in global terms was the indicator of the impact of terrorism , 97 countries recorded an increase in terrorist activity since 2008. However, the total number of deaths from terrorism has been declining globally since 2014, having dropped in 2020 to the lowest value of the last decade.

The homicide rate indicator was the one with the greatest positive evolution , with 123 countries having been improving this indicator since the 2008 GPI. There was also a notable improvement in the political terror indicator, with 47 countries improving the environment of political terror and human rights violations, while for 33 others this indicator has deteriorated. On the other hand, the number of deaths caused by armed conflicts has also been decreasing since 2014.

The Ministry of Internal Administration, issued a statement to congratulate the place occupied by Portugal in that report. The Government praises the fact that Portugal occupies the first place among the countries of the European Union (EU) and the positive evolution that the country has registered since 2014, the year in which it occupied the 18th position in the GPI. In this note, Minister Eduardo Cabrita states that:

The significant steps that Portugal has taken in recent years in terms of security have allowed the reduction of crime and, consequently, the gradual and consolidated rise in this 'ranking'.

The Institute for Economics & Peace (IEP) responsible for this ranking is an independent, non-partisan and non-profit think tank , dedicated to changing the world's focus towards greater peacemaking, aiming at human well-being and progress global. The IEP is based in Sydney, with offices in New York, The Hague, Mexico City, Brussels and Harare and works with a wide range of international partners, collaborating with intergovernmental organizations specializing in assessing national security conditions and parameters.