INE- National Institute of Statistics, released the unemployment data in 2016 and which already cover the last quarter of the year. These figures show that the real estate sector is one of those "responsible" for the increase in employment in Portugal.

In 2016, 40 thousand Portuguese worked in the real estate sector, 43% more than in 2015, in other words, this is the sector of activity where the rise in employment was more expressive. According to INE:

The unemployment rate for the 4th quarter of 2016 was 10.5%. This figure remained unchanged compared to the previous quarter and is 1.7 percentage points (pp) lower than in the same quarter of 2015. The unemployed population, estimated at 543.2 thousand people, recorded a quarterly decrease of 1.2 % (less 6,300 people) and a year-on-year decrease of 14.3% (less 90.7 thousand).
The employed population, estimated at 4,643.6 thousand people ... registered an increase of 1.8% over the previous year (82.1 thousand more).

But the interesting novelty comes from the study that TSF prepared based on these data and which stratifies the growth of employment by sector of economic activity. And the surprise is that, in the 2015/2016 period, job growth was led by the real estate industry. 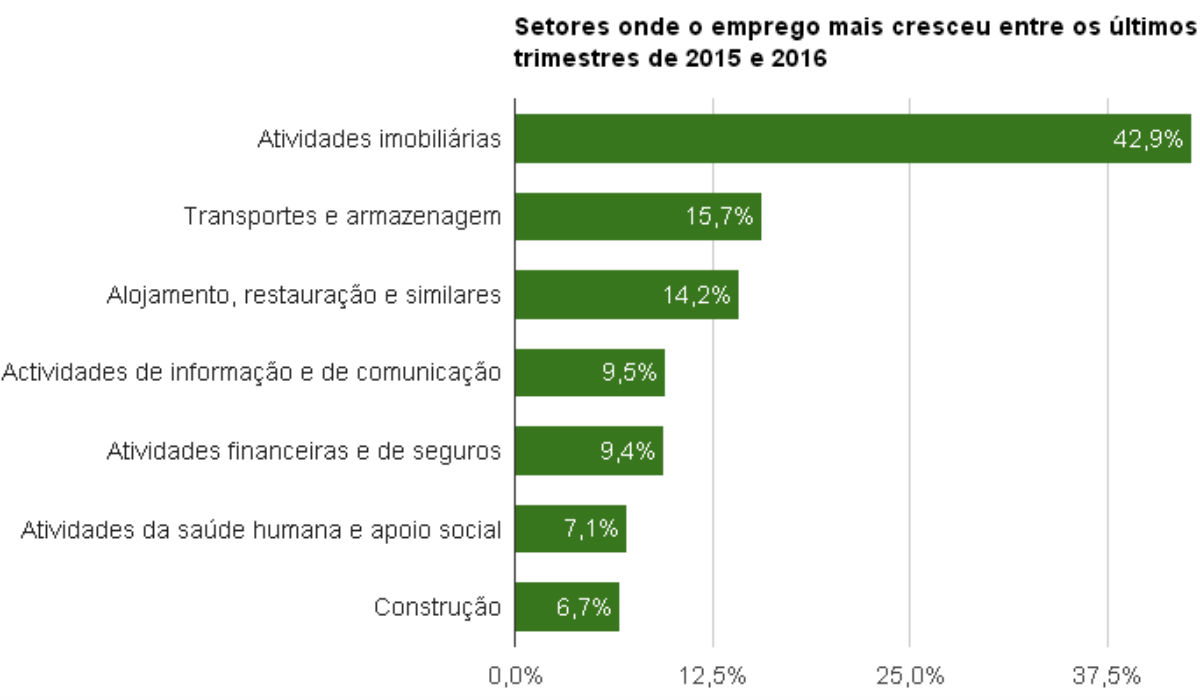 The justification for this employment behavior can be found in the record amount of foreign investment that Portugal was able to capture during this biennium. But also in the tourism sector, which has created job opportunities in the construction and real estate mediation sectors. And finally, in urban rehabilitation, largely leveraged for the first two reasons.

If there were any doubts regarding the virtuosity of investing in real estate, whether national or foreign, here is another obvious advantage.