Keller Williams Portugal, revenue grows 60% in the first half of 2018

Keller Williams Portugal's revenue grew by 60% in the first half of the year, compared to the same period last year. The total amount received, thanks to the real estate brokerage activity, was 750 million euros. 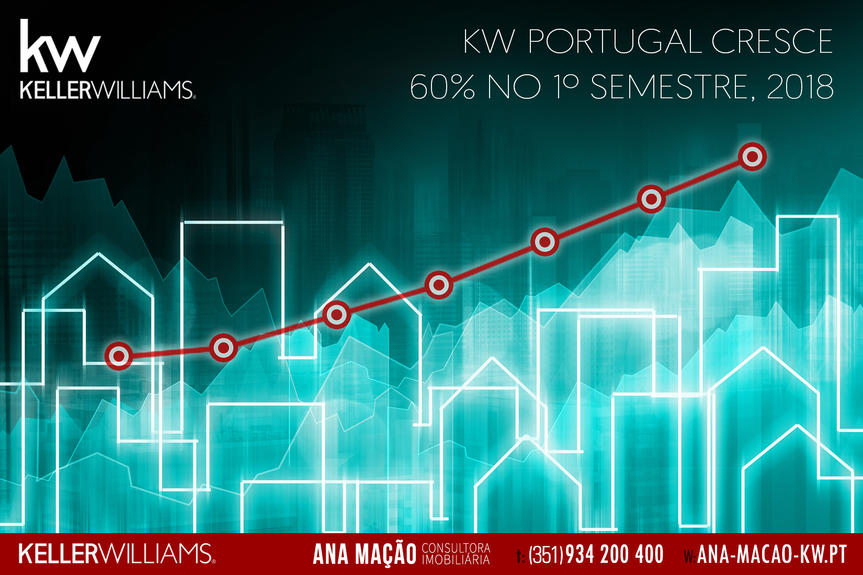 We continue to grow well above the market. We are growing by 60% when compared to the first half of last year, [to 750 ME], when the market grows around 20%, which shows the difference in our business model.

Our business model has created opportunities for people from other training areas who have been 'strangled' by the economy.

The company has benefited from the "positive cycle" of economic activity and the special moment that has been experienced in the real estate market in recent years, especially since 2013. According to Eduardo Garcia e Costa:

KW Portugal's competitors were never the other mediators, but the consultants, auditors and large companies that previously offered career opportunities in a dimension that they can no longer provide.

But anticipating that this moment will not last forever, he stated that:

That there will be a change going on. When no one will know how to respond, when you notice we are already going through it. So far, the indicators are growth, but there will be a day when that changes.

KW's strategy is focused on training (being one of the most awarded Franchising Real Estate brands in the U.S. in terms of training its human resources) and concentrating its associates on larger agencies called Market Centers.

On the success of Keller Williams in Portugal, Eduardo Garcia and Costa stated that:

Within the KW universe, Portugal occupies a prominent position, being the largest market outside the United States, a reality that is explained by the application of an "innovative approach" that made the company succeed in the North American market. We were able to bring to Portugal the methodologies that led to leadership [in the USA]. It has to do with the quality of the models and systems that made this company a leader in the North American market, when ten years ago it was not even in the top five.

Currently, KW Portugal has about 1,900 associates, concentrated in the urban areas with the highest population density: Greater Lisbon, Greater Porto, Coimbra and Leiria, Braga and Algarve. The forecast advanced by the responsible is that this number increases to more than 2,000 members by the end of the year:

We will want to have a greater presence in number of real estate agencies and we will increase the number of associates. The average productivity of our associates has been growing above the market average and we are attracting people with a different profile