SharkWeb - Or how to avoid being bitten on the high seas!

Surfing the Web is increasingly a risky activity, with harmful consequences for users and companies that do not respect security rules or that overlook the dangers of this increasingly hostile "environment". A real SharkWeb! 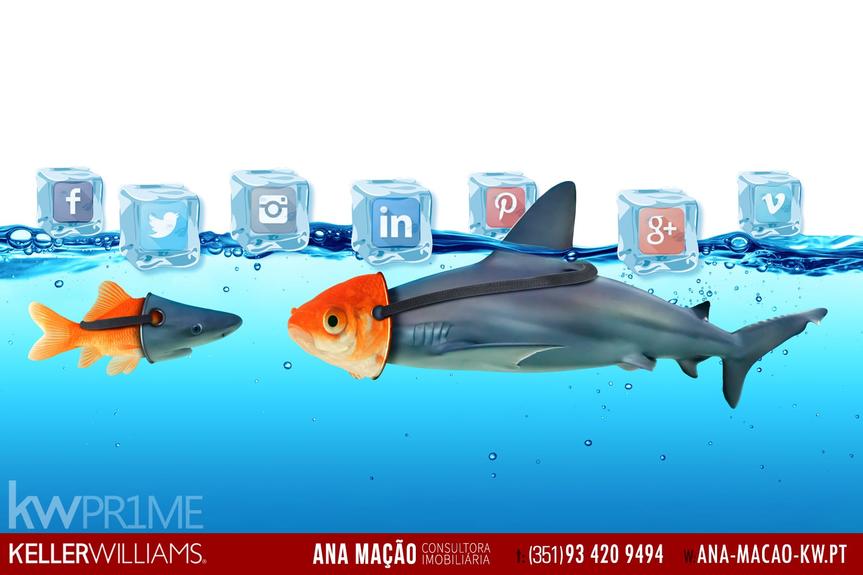 This text comes about a danger, which is not new, but which has been gaining an increasing impact on the Internet: " false or erroneous profiles that support fraudulent or illegal schemes" . Anyway, a whole world of lies in which we never know who is hiding behind, whether a goldfish or a shark!

If until recently the champion of fake profiles was Facebook (with more than 80 million), Linkedin (still without known numbers) is in fashion for hackers , doubtful people, fraudulent companies, etc.

There are no professions immune to risk, because our dependence on this fantastic tool is growing, but like any other tool, it can be used for illicit or dangerous purposes. In my case, as a real estate consultant, I was approached by individuals who, through Facebook and Linkedin, proposed the purchase of very high-value properties, in their own name or from investors in the luxury segment.

In my case there was no damage, but there are plenty of examples of other colleagues who were circumvented (see https://goo.gl/tSIfDz ) and it is known that they do not always reveal it in public, out of shame, out of fear, or to preserve the professional image.

Since this " is not my thing" , I asked for specialized technical help and these experiences resulted in some knowledge that I would like to share with you.

Who hides behind a fake profile?

There are several motivations, with varying degrees of dishonesty:

What to do to find out if we are facing a false profile?

There is no 100% effective formula. We are always talking about signs and suspicions, however these are some clues that may help you in this task:

What to do in case of suspicion?

The first step will be to confront the suspicious identity directly, through a message, asking him about the doubts resulting from his previous investigation.

In my personal case, in one of the situations the individual did not even respond and this is the most common behavior. In the other, he responded in a hostile way but then left, disconnecting from my profile.

It is also advisable to notify your contact network of the event, in case of common links with the suspect profile.

Remember, in case of doubt it is better to disconnect the connection with this profile and thus avoid greater evils. If the practices involved in the relationship with this entity point to some type of fraud, you can report that person or entity to the DCIAP - Central Department of Investigation and Criminal Action of the Public Ministry, in an anonymous or identified way.

I end with a short text from someone who, being a professional security specialist in this area, referred to me:

Unfortunately there is not much to do. Raising awareness of these phenomena remains the best form of combat. People are in fact the best "firewall" we can have. The dissemination of the forms of approach remains essential for the creation of a collective conscience.