The Fábrica da Pólvora is located in the Barcarena valley, a place abundant in water, and constituted an agglutinating pole for the population of the parish and surrounding areas. 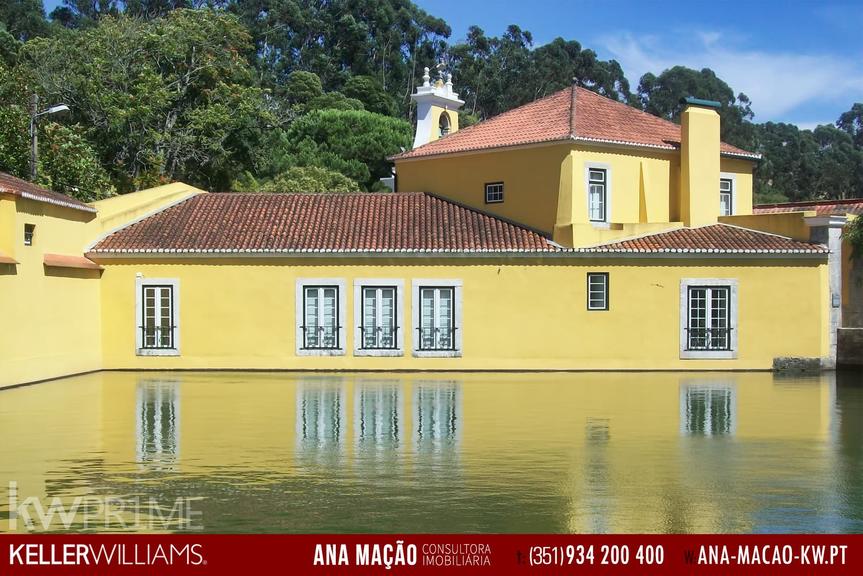 The Fábrica da Pólvora has played a decisive role in Barcarena's economic and social life for centuries. The history of this place goes back to 1487, being then called Ferrarias de El-Rei and it was where King D. Manuel I founded an arms factory. Later, in the 17th century, a black powder factory was born there, which was closed in 1988.

This factory would be divided into two factories separated by Ribeira de Barcarena: Fábrica de Baixo and Fábrica de Cima. The existence of this watercourse was fundamental for its location, as the water from the stream was used to move the Galgas (stone mills moved by the force of the water, to reduce the raw materials to dust).

The huge tanks that served as reservoirs and the devices that served to draw water are still visible on the site; some of these pieces can also be seen at the Black Gun Museum that is installed here.

In 1995 the Oeiras City Council acquired the facilities, transforming it into a complex open to all, in 1998, where some CMO services are installed, dedicated to cultural activities, leisure and entertainment. Today, it is a park and one of the major centers of culture in Oeiras. The area surrounding this old armament factory stands out for its academic, scientific and artistic activities. A very inviting space with its exhibitions and leisure spaces.

Integrated in the area of the former Pólvora de Barcarena factory , the gardens and the urban park give an idyllic character to the different spaces of this former industrial complex. The space at the Fábrica da Pólvora is very pleasant, well cared for and decorated; you can stroll, because it has gardens and nooks with benches to rest, a picnic and children's park, restaurants with live music and a sports maintenance circuit.

Composed of several buildings spread over an extensive area, where we can find the Black Gun Museum, the Center for Archaeological Studies of Oeiras with various archaeological exhibitions, the Center for Artistic Experimentation of the Portuguese Club of Arts and Ideas with an art gallery, the Municipal nurseries, the Atlantic University, and various leisure venues such as restaurants, bars with live music, gardens.

The configuration of the place and its adaptation when transformed into this modern leisure place, allows the realization of open-air shows, as it has an open-air auditorium with capacity for 700 people with retractable benches and a large stage, which welcomes , among other events, the festival Sete Sóis Sete Luas. This festival whose events are spread over several countries takes place in the summer months and its shows include musicians from the so-called "World Music".

As places to visit you can choose between: the Caldeira dos Engenhos Garden, the Jardim das Oliveiras, the Praça do Sol, the Pátio do Enxugo, the Steam Workshop Building and the Galgas Building.

In the space of Fábrica da Pólvora you can find:

Main Entrance Area - Restaurant and Bar Area | Monday to Sunday, from 9 am to 2 am

Entry to the enclosure is free, as is the case with other equipment. Access to the Sete Sóis Sete Luas Festival has conditional access, the cost of the ticket is symbolic and is around € 2.5.