In Oeiras, there is one of the largest parks in Greater Lisbon, covering 25 hectares of green areas, embellished with more than 60 statues in honor of 60 poets, with a capacity for 30 to 40 thousand visitors and free entry. 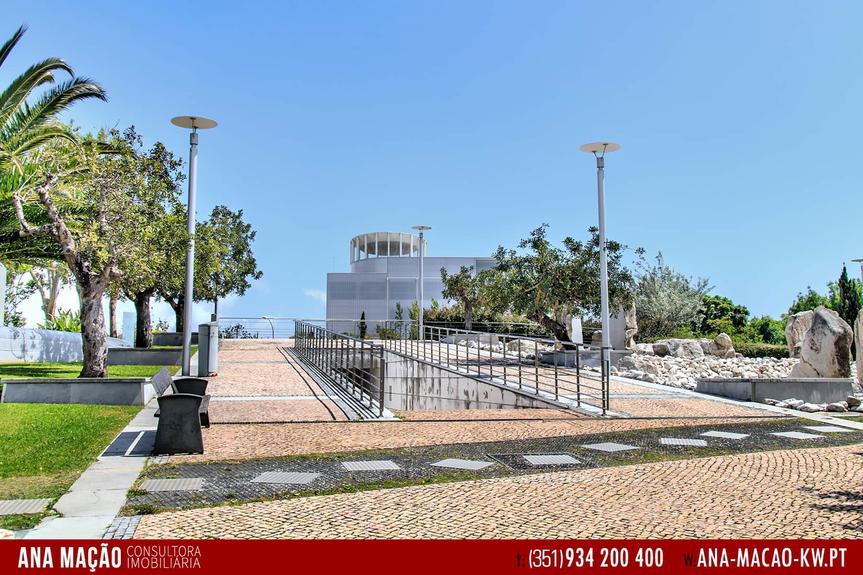 The Parque dos Poetas extends between the urban centers of Paço de Arcos and Oeiras, divided into 3 phases, whose construction began in 2003 and which grew steadily until 2015. The Park offers the visitor a stunning view over the river Tagus and the mouth that extends to the sea, and constitutes a space of leisure and culture for the inhabitants of the municipality, as well as a green spot that contributes to improve the environment and the air quality in Oeiras.

This space was intended to pay homage to poetry and sculptural art, in a tribute to Portuguese culture. To this end, over the course of 12 years, 40 sculptors created 60 statues and works of art, thus helping to keep alive the memory of 60 poets, from different literary periods, from the founding of Portugal until almost the end of the 20th century.

These 60 statues constitute the largest “open-air museum” of sculptural art, the only one in Portugal and the largest in Europe, thus paying tribute to 60 names chosen from the vast number of representatives of poetry and the Portuguese language:

Among the various names of poetry and the Portuguese language, there are:

Parque dos Poetas is a multifaceted space, where various cultural, sporting and environmental activities take place throughout the year, including:

Parque dos Poetas, a project that has been growing for 17 years

In addition to the aforementioned events and the various areas of enjoyment, the concession of kiosks and a restaurant are in the tender stage.On the other hand, the works of the underground car park, with 400 spaces, have already been completed and two pedestrian overpasses that will connect the 3 phases of the Parque dos Poetas will be completed, through a walk of more than 1 km, from o Oeiras Parque to Espargal.

But the news doesn't stop there, the park will have a new Exhibition Area, a Garden Center and another restaurant, panoramic, with a privileged 360º view. The Temple of Poetry will have a 3D virtual reality room, a café-concert and a gallery.