Airbnb, Booking and the like cannot sell unregistered accommodation

This is one of the consequences of the amendments approved, in the last council of ministers, to the Legal Regime for the Installation, Operation and Operation of Tourist Enterprises (RJET). 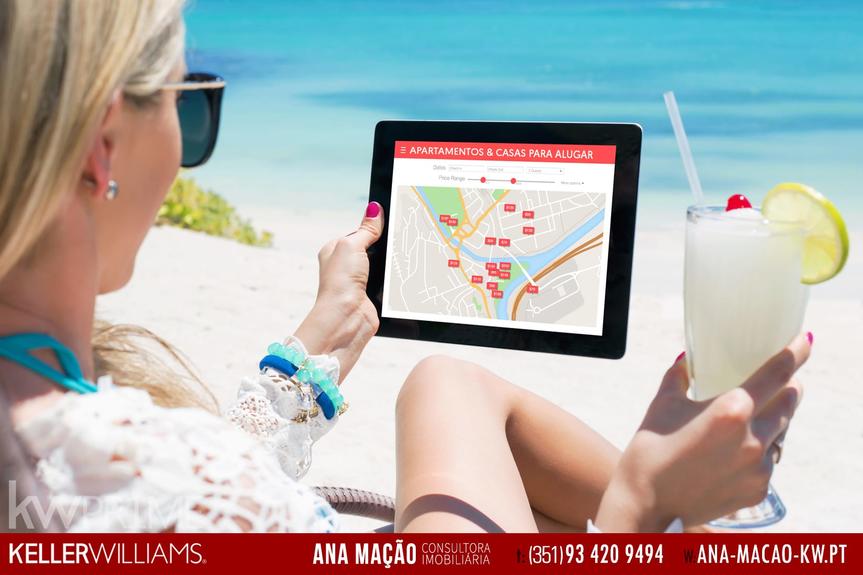 Eduardo Jesus, the secretary of state, justified this diploma with the need to “ adjust the accommodation offer, with regard to typologies, reality and market trends ”, as well as simplifying procedures.

The simplification of licensing will be done by reducing deadlines and including new accommodation models such as glamping (luxury camping). On the other hand, it becomes mandatory that platforms that promote tourist accommodation and short-term rentals (such as Airbnb and the like , Booking , etc.), only market places previously registered in the National Tourism Register .

The well-known Booking platform has already confirmed that it will respect the new legal provisions, advertising only projects that are duly legalized:

"We are happy to work with the competent authorities to ensure that we are up to date on local rules and regulations. As such, we had a very positive and constructive dialogue with the authorities in Portugal and, obviously, we will comply with this new law, as we always do", read in the company note. "

The boom in tourist rental platforms

The panorama of the promotion of tourist accommodation has undergone a major change with the introduction of web applications that place the offer of hosts from all over the world at a click distance. Following Airbnb's success, multiple alternatives emerged, with more or less similar or more or less specialized operations: HomeAway , Villas.com , HouseTrip , Roomorama , Greetings , Homestay , Windu , Casamundo , etc., etc. And the news keeps coming!

This new way of advertising houses for rent is not peaceful, either for the more traditional competition - the hotel industry - or for the governments of several countries that are trying to slow this movement, responsible for the increase in rents, especially in the historic centers of large cities.

In Portugal, the impact of these platforms is notorious in cities such as Lisbon, Porto and Faro and has contributed on the one hand to the increase in rents, making access to traditional leasing more difficult, but on the other hand it has increased real estate investment and urban redevelopment.

The main changes in the Legal Regime for the Installation, Operation and Operation of Tourist Enterprises

This diploma is part of the SIMPLEX + Program , which, in addition to the aforementioned amendment, includes other measures such as:

These measures are part of a fiscal and economic policy resulting from the study of a Housing Policies working group, made up of representatives of the Government, PS and BE.This group has been working to regulate the activity of local accommodation, through measures that lead to moderation, compensation and diversification , aiming to mitigate the “possible perverse effects” of this activity.

Short-term online rental platforms such as Airbnb and the like , as well as tourist promotion sites, among which Booking and Trivago stand out , have largely contributed to the impressive growth in local rental observed in recent years, in Portugal and in other countries. These companies advertise tourist leasing of apartments and houses whose activity competes directly with the hotel sector and have been the target of several measures that seek to regulate and at the same time reduce the factors of unfair competition that some of these offers originated.

I recall that the State Budget for 2017 had already introduced a tax increase for local leasing, equating it to traditional leasing:

Taxpayers under the simplified regime, who declare income obtained through the exploitation of the local accommodation activity (namely through the short-term rental of houses or apartments, via Airbnb or others), will suffer an increase, with the coefficient to be applied for determination of taxable income goes from 0.15 to 0.35, in 2017.

That is, for every € 100 of income, only € 35 is taxed, that is, if they opt for the declaration in category B as corporate income, alternatively, they can opt for taxation as property income (category F), whose rate is 28% .

Thus, with the obligation to register the tourist offer of these properties in the National Tourism Register, the risks of tax evasion are significantly reduced , while simultaneously increasing the tax revenues from this economic activity. On the other hand, registering the tourist offer in a public database facilitates the inspection and regulation of this type of accommodation.

But the fiscal pressure is not just from the government, I recall that the municipality of Lisbon implemented the Municipal Tourist Tax in 2016 (1 Euro for each day of accommodation) and that it has been gaining supporters: first it was Lisbon in 2016, then it was Faro, from the beginning of this year, and now Cascais is being announced, and Porto plans to implement a similar rate.

In 2016 alone, Lisbon charged more than 13.5 M euros , with Airbnb being responsible for a significant part of this revenue, guaranteed through a protocol signed by both parties.

The non-payment of taxes by some owners who develop the economic activity of local rental is a recognized risk.

According to a recent study : “Local Accommodation in Portugal - What is the phenomenon?”, Commissioned by the Portuguese Hospitality Association (AHP) and developed in partnership by the Nova School of Business and Economics and the Faculty of Law of Nova:

The owners of local accommodation houses in the parishes of Santa Maria Maior and Misericórdia, in Lisbon, and also in the center of Porto, are the ones that most evade the Tax Authorities , a finding taken from the data crossing between the National Registry of Local Accommodation (RNAL) and ads on platforms like Airbnb. The Algarvians are the most respectful.

The study combed through all the data contained in the official register of these tourism units and crossed them with the number of properties registered in the main accommodation platforms.

When comparing the two realities, it is clear that in the Lisbon area we find 59% more units enrolled in Airbnb than those that are actually enrolled in RNAL and in Porto this deviation reaches 98%. We already had a perception of the deviation, but this study surprised us by showing such obvious deviations, as in Porto, for example. It's all black economy ”

According to Cristina Siza Vieira, vice-president of AHP, at national level there are about 45 thousand units registered on Airbnb while the official records are at 31,330 properties. In other words, an illegal situation that covers 40% of the properties .

Although the negative impact of the informal economy associated with this economic activity cannot be undervalued, there are other positive factors that local leasing has brought to our cities and which should be valued: