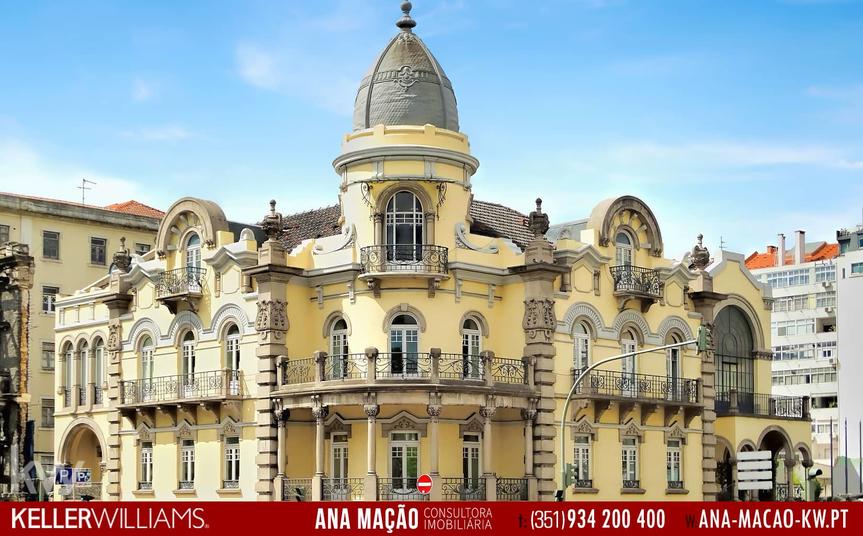 Avenidas Novas is a parish in the municipality of Lisbon, located in the center of the capital, with 2.99 km² of area and 21 625 inhabitants.

It was created within the scope of the administrative reorganization of Lisbon in 2012, and resulted from the aggregation of the old parishes of Nossa Senhora de Fátima and São Sebastião da Pedreira, as well as a small portion of the parish of Campolide.

Avenidas Novas was born next to Avenida da Liberdade, and grew north around the axis of Avenida da República, in the late 19th century and the first half of the 20th century.

The broader territory with less demographic density facilitated urban geometry and new and spacious avenues were born there, whose name was associated with important figures of the Liberal Revolution of 1820: Saldanha, Fontes Pereira de Melo, etc.

New neighborhoods were born here, with single-family houses and luxurious mansions, occupied by an expanding middle, upper-middle and upper class at the time. Of these palaces, there are still a few, overshadowed by buildings of 7 and 8 floors high, built during the Estado Novo, as well as modern and tall buildings, occupied mainly by companies, in what is today the business center of Lisbon.

Avenidas Novas are very busy during the day and at night attract visitors to the many restaurants, which have increased in number in recent years, thanks to the ongoing urban requalification. Here you will find an active trade, leisure and cultural areas, restaurants and cozy cafés.

Living in Lisbon is a privilege only accessible to some, but anyone who invests in the capital knows that their money has a guaranteed return. Saldanha, in Avenidas Novas is one of the places where the valorization of your investment combines with the quality of living in the cosmopolitan center of the capital.

At Av. Miguel Bombarda , in Avenidas Novas and next to Avenida da República, you will find this fantastic and luminous Apartment, of Typology T5, on a 7th floor , with panoramic views, completely renovated. This is a unique opportunity to live in the cosmopolitan center of Lisbon , where the offer of services, culture and leisure is just a few steps away!

With an excellent area ( 201m2 ) and 9 divisions , this office - ready to be occupied - is the ideal space for service companies (lawyers, clinics, accounting, etc.). Located in Avenidas Novas , in R. Elias Garcia, could not have a better location for those who want to establish  their business in one of the noblest areas of Lisbon !

In Lisbon, in Avenidas Novas and next to Praça de Espanha, you will find this building in ruins, with approved construction project and license ready to pay . This is an excellent investment considering the estimated value for the entire area adjacent to the Praça de Espanha.